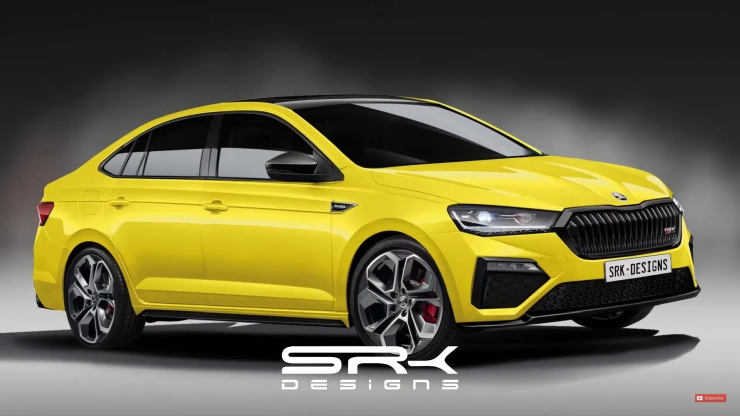 The 1.5-litre TSI version of the Slavia has received more demand than Skoda anticipated. Because of this, Skoda will be ramping up the production. After seeing the demand, Zac Hollis, Director, Sales and Marketing SKODA India said that he would love to do an RS version of the Slavia.

Moreover, the 1.0-litre TSI comes with a 6-speed torque converter automatic which is known to be reliable. On the other hand, the 1.5-litre TSI comes with the infamous DQ200 7-speed dual-clutch automatic transmission. This transmission is known for failures and breakdowns. However, this has not stopped people from buying the Slavia 1.5. Skoda and Volkswagen say that they have worked on the DQ200 DSG gearbox and significantly improved the reliability. So, there should not be any issues. Only time will tell how the gearbox performs in the long run.

Another thing that Zac revealed is that customers are still enquiring dealerships about an RS version of the Slavia. This means that the Octavia RS has left a mark in the hearts of many people. However, making the Slavia RS would require some work and approval from the global headquarters.

Skoda would need to work on mechanical bits of the Slavia if they want to do an RS version. The suspension would need to be reworked as it needs to be stiffer to have better handling. The ride height would need to go down to decrease the center of gravity. A more throaty exhaust would be required. The engine could be retuned for a sportier and aggressive power delivery. There would also be cosmetic changes. For instance, larger wheels, sportier body kit, VRS badges and the interior would get sports seats too.

The 1.5-litre TSI engine of the Slavia produces a class-leading power output of 150 Ps of max power and 250 Nm of peak torque. It comes mated to a 6-speed manual gearbox or a 7-speed DSG dual-clutch automatic gearbox. The same engine is also offered on the Skoda Kushaq, Volkswagen Taigun and Virtus. It was also available on Volkswagen T-Roc and Skoda Karoq. Both of which were imported to India.

The 1.0-litre TSI is the same engine that did duty on Skoda Rapid, Volkswagen Vento and Polo. However, it has been retuned to produce more power. It puts out 115 PS and 178 Nm of peak torque. You can get it with a 6-speed manual gearbox or a 6-speed torque converter automatic transmission.