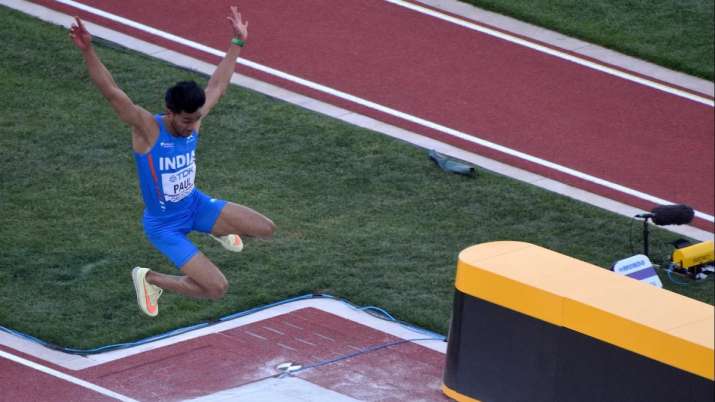 The 25-year-old made a best jump of 16.79m in his three attempts. He failed to make it to the top eight list.

Their series is as follows:

According to the rules, after three rounds only the top eight finishers get three more jumps.

Paul became the first Indian to qualify for the triple jump final after finishing 12th overall in the qualification round with an effort of 16.68m.

He had reached the venue a few days back due to visa related issues.

Paul’s season and personal best is 16.99m which he recorded while winning gold in the Federation Cup in April.

The 4x400m relay team, on the other hand, failed to make the medal round at the World Athletics Championships, finishing 12th overall.

India finished sixth and last in heat number one and 12th overall.

The top three in each and the next two fastest in the two heats qualify for the final.