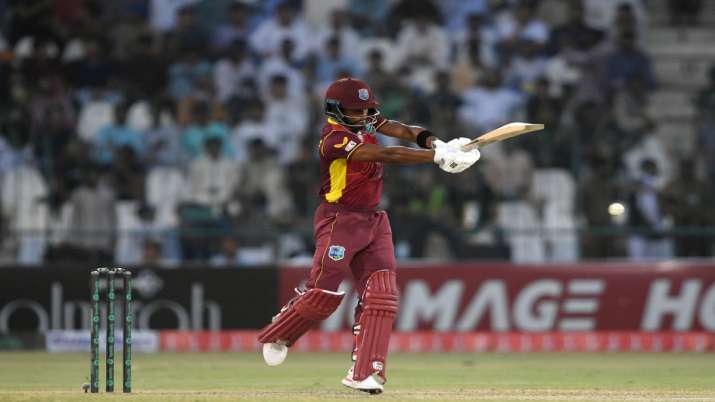 As far as ODI and Test formats are concerned, Shai Hope Considered one of the consistent batsmen to play the game. The longer the format, the better the hope gets. West Indies take on India in the second One Day International (ODI) in the three-match series. India have won the first match and are looking to clinch the series with a win in the second ODI. West Indies won the toss and decided to bat first. They missed the winning mark by just 3 runs and they wanted to make sure they leave no stone unturned to put pressure on India.

West Indies opener Shai Hope showed some great intentions while batting straight. Shai Hope, playing his 100th ODI for Team India, had a task in hand and did exactly what was expected of him. The West Indies opener scored 115 runs off 135 balls to help the hosts post 311 runs. West Indies’ batting was against a strong Indian bowling lineup with players like Mohammad Siraj, Yuzvendra Chahali, Shardul Thakur and Avesh Khan who debuted for India. For the early part of his innings, Hopes was very respectful of the Indian bowlers and was careful not to play any shots in a hurry. Once he crossed his century, he began to advance the Indian bowling. For many years now, Shai Hope has mastered the craft of making an innings and helping his team reach big totals.

Helping Shai Hope with his exploits, West Indies captain Nicholas Pooran played a scintillating innings of 74 off 77 balls. Pooran was looking in fine touch as he kept bowling bad deliveries on the boundary rope. Apart from Hope and Pooran, Meyers was working within limits. He was in such a mood that it seemed very easy for West Indies to reach 400. Meyers scored 39 runs in 23 balls with the help of 6 fours and 1 six.

Shai Hope has now become the 10th player to score a century in the 100th ODI. The West Indies batsman is in some elite company which includes legends like Kumar Sangakkara, Gordon Greenidge, David Warner. Chris Gayle Serious efforts.