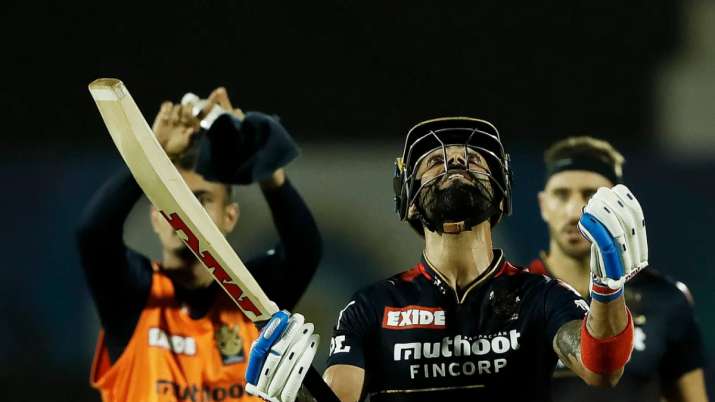 Virat Kohli Before being dismissed for a delivery, Punjab looked in good touch vs Kings Kagiso Rabada Rather unfortunate. He scored 20 runs in 14 balls.

Recently, Virat Kohli was caught smiling after being dismissed for his second Golden Duck vs SRH this season. When asked about his reaction, Kohli said that he was smiling as the game has now shown him everything that has to be seen out there.

The same happened during Friday’s match vs Punjab Kings. After getting out, Virat Kohli can be seen mumbling something while looking up in the sky.

Earlier, Kohli became the first batsman to reach the landmark of 6500 runs in India IPL,

This milestone is a testament to the kind of player Kohli has been all these years. Shikhar Dhawan Just behind Kohli with 6186 runs against his name.

In the 13 matches he has played this season, Kohli has scored a total of 234 runs with the highest score of 58. He looked in fine form in the game vs Punjab Kings but got out in an unfortunate manner.

Earlier, RCB won the toss and decided to bowl. Bairstow, who was rusty during the first leg of the tournament, was back in his element with seven sixes and four fours during a knock where he literally went hell for the leather.

Such was his dominance that by the end of six overs of the powerplay, Bairstow had hit seven sixes.

They eventually finished with 209 runs on the board.

(with inputs from PTI)