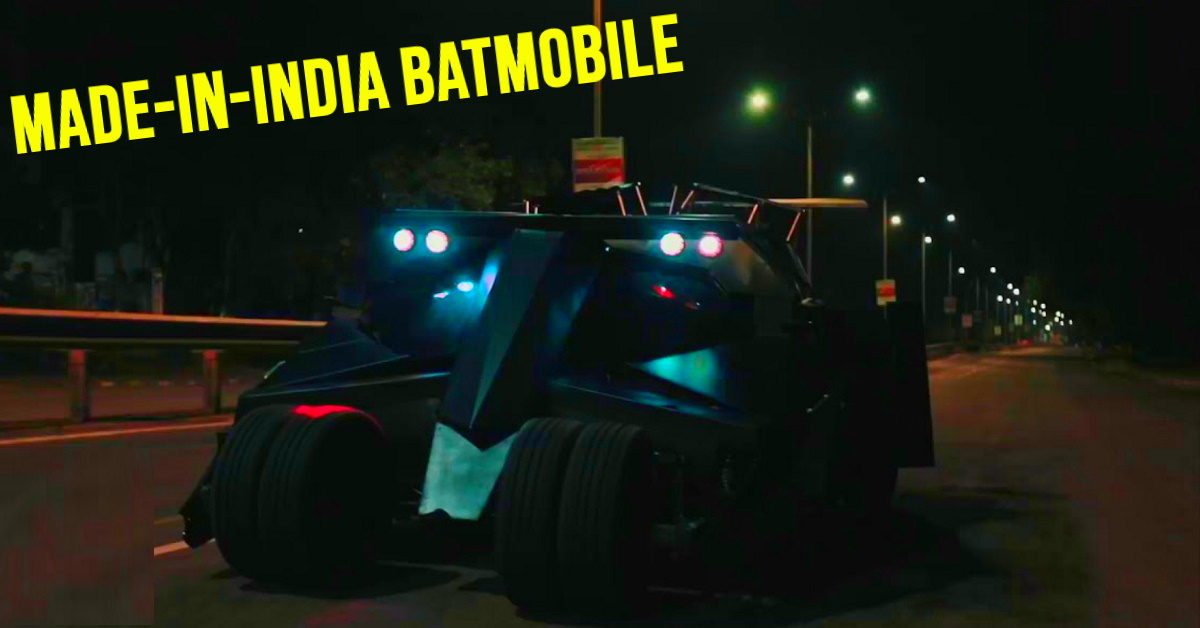 The rich industrialist comic hero Batman moves around in some of the most expensive rides including the Batmobile. There are many real-life replicas of Batmobiles around the world. In India too, there are a few such examples. One of them is built by the engineering students of Zeal Education Institute, Pune.

The project, which was funded by the college has created a unique-looking Batmobile. While we do not get to see Batman or his Batmobile on the open roads during daytime in the movies, the students of Zeal Education Institute took out the car on the roads in broad daylight.

Talking about the vehicle itself, everything has been made by the in-house team including the roll cage of the vehicle. To start with, the students first made a scale model of the Batmobile, which was used as a reference to make the life-size model of the Batmobile. The project took around 50 days to complete, which is a very short time for such a project. The total cost? According to the video, it took only Rs 3.58 lakhs for the whole project.

Interestingly, the windscreen is opaque and does not lets the driver see outside the car! At the front, it gets four tyres mounted on two inverted open steering systems, which is identical to the Batmobile in the movie. At the rear, the vehicle gets a huge faux jet-propulsion system and huge four-tyres. There’s also a wing mounted on the rear. The front tyres are from Etios while the rear tyres are from a truck.

Everything in the car, including the roll cage, which will save the occupants in case the vehicle flips over is made in-house by the students. The doors are gullwing styled, which open up to reveal the really busy cabin. There is a space for two inside the vehicle and just above the steering wheel, a huge screen is mounted. Since Batman needs extreme privacy, there are no windows or transparent windshields. Instead, cameras have been mounted all around the car that projects live feed to the screen.

There are a lot of parts used in this vehicle from the Mahindra Xylo MPV. The powerhouse in this Batmobile comes from the Xylo too. The 2.6-litre diesel engine sits in the front of the Batmobile. Other crucial parts like the transmission and the prop shaft also come from the Xylo.

The first Batmobile replica in India also belongs to Pune and is owned by the millionaire Poonawalla family. That Batmobile is a replica of an older generation Batmobile and is based on a W222 Mercedes-Benz S-Class. The vehicle was modified by EMT, Mumbai and the total cost of the project turned out to be around Rs 30 lakh, which is much higher than the latest project made by the students.