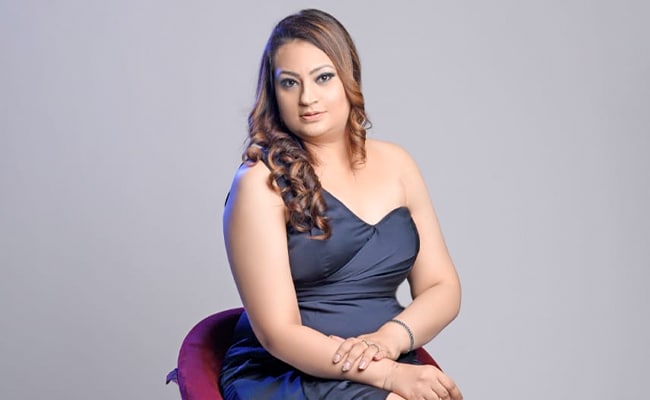 Often people come to Mumbai Mayanagari to fulfill their dreams. He wants to establish himself in the film world, for which he has backed away from a certain war. But there is one personality who has not had to struggle in this city. Her name is Dr. Sujata Kapoor, one of whom has been directly featured in the Hindi film ‘Visharda: Journey of an Autistic Child’. Along with this, the name of the film is named after his daughter, because Visharada herself is also working in the film. The story of the film Visharda is based on autistic disease, which Visharda has not in this reel but in real life. How Sujata got this film is also an interesting story.

It so happened that director Shubharaj Gupta, after getting his film ‘Mujhe Miss World Miley, Light: A Light of Hope’ in many film festivals, was again looking for a different kind of story for the film festival. One day he met Sujata during social media. In the same meeting, it was revealed that Sujata has only one daughter who is autistic. Sujatha tells Shubharaj a lot about autism.

Shubharaj called Sujatha after several months of scriptwriting about autism and expressed his desire to make a film about her daughter. And Sujatha offered her mother’s role in the film and said that the name of the film would be on your daughter Visharda. The story of Visharda film revolves around you randomly. It will show how the parents of an autistic girl struggle while raising her. With her daughter Visharda and husband Dr. Puneet reached the sets for the shooting of the film in Mumbai. Sujatha is going to start her career as a lead actress from this film.

Sujata told that during the shooting of the film Visharada, she cried many times in real. He feels that this film will be the most memorable film of his life. Under the direction of Shubharaj, he got the voice to work and also got to learn a lot from him.

Sarthak Chaturvedi: If Jordaar comes for BMC election campaign then what is the problem