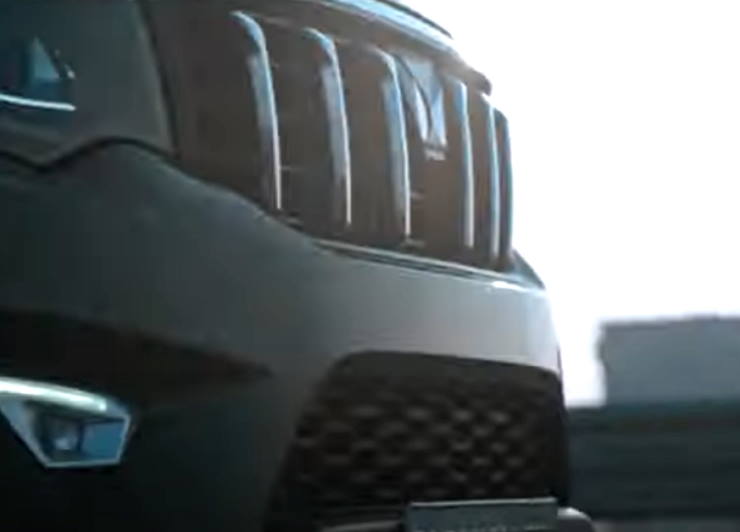 It looks like Mahindra will soon bring the all-new Scorpio to the Indian market. After releasing a teaser video a few days ago, Mahindra has shared a new video showing parts of the actual upcoming Scorpio. The new video also reveals a lot of design details of the upcoming SUV which Mahindra calls the “Big Daddy of SUVs”.

The new video reveals that the new Mahindra Scorpio will be much bigger in size than the current version of the car. It will be loaded with features just like the XUV700 and it will be performance-packed. While Mahindra is yet to reveal the minute details on the all-new Scorpio but the video largely shows the design of the upcoming mid-size SUV.

The all-new Mahindra Scorpio gets a vertical slat grille similar to the XUV700. It seems to be the new design DNA of the Indian brand. The double-barrel headlamps with LED projectors are clearly visible in the teaser video.

Also, the all-new Scorpio will get three forward-facing rows, which means that the rear quarter glass has become much bigger than the current version. The side view shows that the new Scorpio will come with pull-type door handles.

The bonnet looks massive too and the windscreen is more raked compared to the current version. The wheel arches are not flared but there are plastic protectors that will add a rugged look too.

The all-new Scorpio has also become much longer than before. The wheels are likely to be around 18-inch in size and they are in dual-tone shade. The rear gets a side-opening tailgate, a new bumper and LED lamps that look vertically stacked like the current version of the Scorpio.

Powered by both petrol and diesel engines

Mahindra will offer both petrol and diesel engine options with the all-new Scorpio. The engine options will be similar to the Mahindra Thar. There will be a 2.0-litre turbocharged petrol engine and a 2.2-litre mHawk diesel engine. Both the engine options will offer standard manual transmission and both of them will also offer an automatic transmission as well. Mahindra is yet to comment on the AWD or 4X4 option to be available with the Thar but it is highly likely that the all-new Scorpio will not offer these options.

The all-new Scorpio will also become much more luxurious and comfortable than before. Also, it will offer features like a sunroof, leather seats, electrically adjustable front seats, and more. The new Scorpio will be positioned a segment above the current version of the Scorpio, which means it will take on the likes of Tata Harrier directly.

Mahindra is yet to reveal the official launch date of the all-new Scorpio. But it is likely to happen by next month.