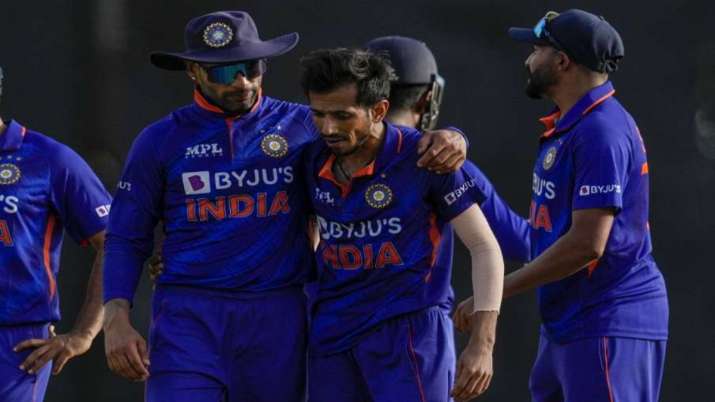 Shikhar DhawanThe Indian cricket team has been fined 20 per cent of its match fee for slow over-rate during the first ODI against West Indies in Trinidad.

Match referee Richie Richardson ruled the Shikhar Dhawan-led side one over short of the target after taking into account time allowances.

“In accordance with Article 2.22 of the ICC Code of Conduct for Players and Player Support Personnel, which deals with offenses of the minimum over rate, players are fined 20 per cent of the match fee for each over they have bowled in the allotted time. fails, the ICC said in a statement on Sunday.

Dhavan pleaded guilty to the offense and accepted the proposed sanction, so there was no need for a formal hearing. On-field umpires Joel Wilson and Leslie Reifer, third umpire Gregory Brathwaite and fourth umpire Nigel Duguid made the allegation.

India had registered a three-run win over West Indies in the first ODI. Talking about the second ODI, West Indies won the toss and decided to bat first.

I am going to bat first. Anything over 250 would be challenging. We need to build partnerships. A forced makeover, Pearl is out and Hayden Walsh arrives. If Hope scores then it’s fine, if he doesn’t, other batsmen can join in,” Pooran said at the toss.

Dhawan announced that the famous Krishna was ruled out of the second ODI, and Avesh Khan would replace him. He also said that he wants to bat first again.

I think it is a good wicket. After the last game, we wanted to bat first again. We are well prepared and looking forward to a good game. Siraj and Famous bowled well. I am sure we are going to do much better today. The famous Krishna is out and Avesh Khan comes in,” said Dhawan.