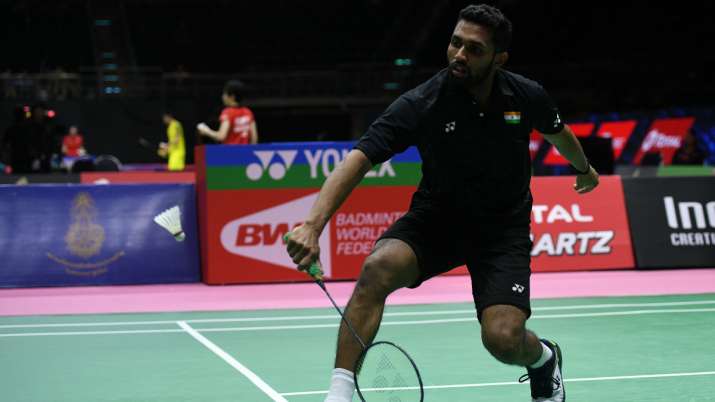 In a historical moment. The Indian men’s badminton team recently defeated Denmark 3-2 in one of the most exciting matches ever. HS Prannoy was his hero as he worked through an ankle injury and delivered when it mattered most.

The Indian team, which has never progressed beyond the semi-finals since 1979, showed tremendous fighting spirit as it came down one match to oust the 2016 champions.

World Championships silver medalist Kidambi Srikanth and world number eight doubles pair of Satwiksairaj Rankireddy and Chirag Shetty put India in the limelight while the tie was once again left to HS Prannoy after the tie was tied 2-2.

Prannoy suffered an ankle injury after slipping on the front court on his way back against world No. 13 Rasmus Gameke, but the Indian continued to play even after taking a medical timeout.

He looked in pain and his on-court movement also seemed restricted, but against all odds, he put up a sensational 13-21 21-9 21-12 to register India’s name in the history books.

India will now take on 14-time champions Indonesia, the most successful team in history. Indonesia beat Japan 3-2 in the semi-finals.

It was a credible performance from the Indian team, which broke a 43-year-long wait last achieved in 1979 by reaching the semi-finals with a 3-2 win over five-time champions Malaysia on Thursday.

It was always an uphill task for India to tame the formidable Denmark, which in 2016 became the first European country in history to claim the title.

World Championships bronze medalist Lakshya Sen did a lot given his recent win over Viktor Axelsen in the German Open Super 300, but he could not repeat his performance as the world number one beat Denmark 13-21, 13-21. A comfortable win to beat from 1-0 lead.

Rankireddy and Shetty, however, put up a stellar performance, holding their nerves in the final leg to beat Astrup and Christiansen 21-18 21-23 22-20 to bring India back into the competition.

The Indian pair suffered five match points – two in the second game and three in the third – before converting one to bring joy back to the Indian camp.

India’s second doubles combination of Krishna Prasad Garaga and Vishnuvardhan Goud Panjala, however, was no match for Anders Skarup Rasmussen and Friedrich Sogard, losing 14–21, 13–21, as the tie was reduced to 2–2 after the fourth match. was kept on.

The veteran Prannoy then lost in the first game, but unbelievably injured himself to take an 11-1 lead in the second game. He relied more on his attack to collect points while JemK failed to put pressure on the Indian.

Prannoy dominated the frontcourt and soon returned to the competition with GameK making a lot of mistakes.

23rd-ranked Prannoy sealed his right with his trademark smash as Gemke’s defense was torn apart. The Indian was up 11-4 at the interval and dominated the proceedings.

With the Impact Arena reverberating with chants of “HSP”, Prannoy secured nine match points with a straight line smash and sealed it on the second occasion as his teammates gathered together in celebration.