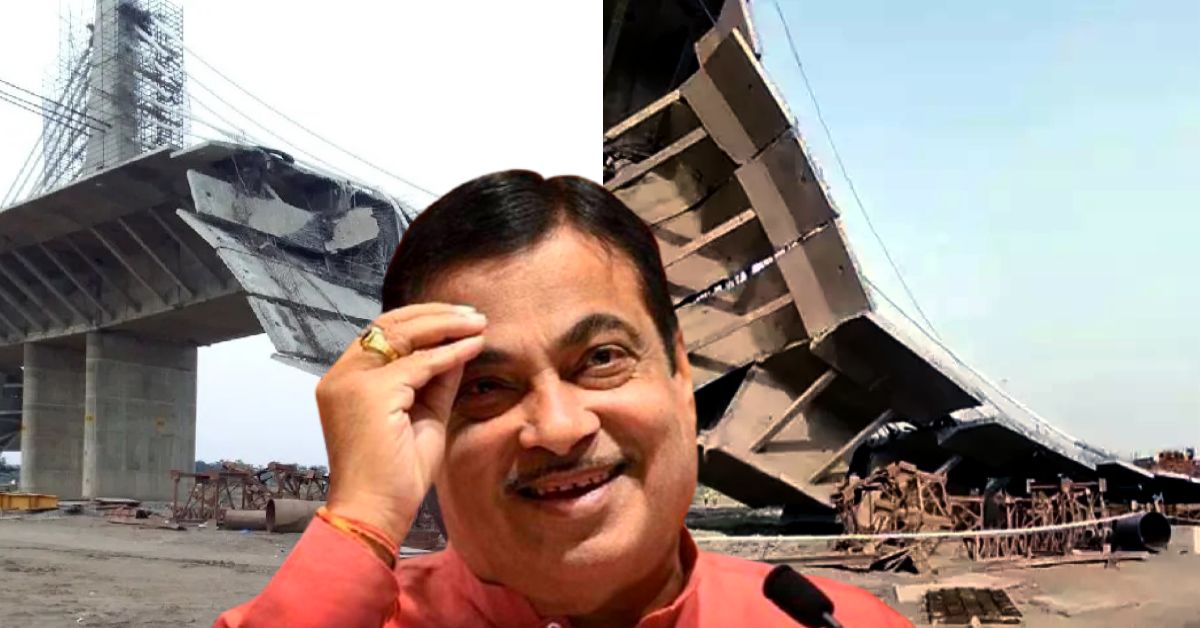 Nitin Gadkari, Minister of Road Transport and Highways of India was amazed when an IAS officer gave him the reason for a bridge collapsing. The IAS officer said that the bridge collapsed because of the “strong winds”.

The minister said, “Mere to baat samajh me nahi aa rahi hai ki hawa dhundh se kaise bridge girega? Kuch naa kuch galati hogi” This translates to” I cannot understand how can a bridge collapse due to strong winds. There must be some error because of which the bridge collapsed.”

Nitin Gadkari wanted to know the reason behind this. So, he asked his assistant to find out the reason. He said, “A bridge fell in Bihar on April 29. I asked my secretary about the reasons. He (secretary) said it was on account of strong winds,”

The minister was amazed that an IAS officer believed such an explanation. Chief Minister Nitish Kumar has already ordered an investigation into the bridge collapse. He also said that the cost of construction should reduce but this should happen without compromising the quality.

There is a possibility that sub-standard materials were used to construct the bridge. So, an investigation needs to be launched. After all, the construction of the bridge costs Rs. 1,710 Crores and it still collapsed just because of strong winds.

Nitin Gadkari said, “The possibility of using sub-standard materials in the construction of the bridge cannot be ruled out … It is a matter of investigation that the under construction bridge being built at a cost of Rs 1,710 crore could not withstand strong gusty winds,”

The bridge would have been 3,116 metres long once it was completed. It would have a high-level observatory which would offer very unique views of the river. Moreover, it would have India’s longest extradosed spans which basically means it is a hybrid structure between the classic cable-stayed and cantilever-girder type bridges. The bridge is between Sultanganj and Aguani Ghat. The construction work started in 2014 and it was supposed to get completed in 2019

Karnataka integrated a new floating bridge on May 3rd and on May 6th, the floating bridge fell apart because of the rough waves. The waves were caused by cyclonic storms and the bridge cost Rs. 80 lakhs to construct.

The bridge is located on Udupi’s Malpe beach. It measured 100 metres in length and was 3 metres wide. The purpose of the bridge was to boost tourism. It was supposed to attract more tourists and helped them in experiencing the sea. The bridge would have been opened between 9 am to 6 pm. People above age 5 had to pay Rs. 100 for 15 minutes.