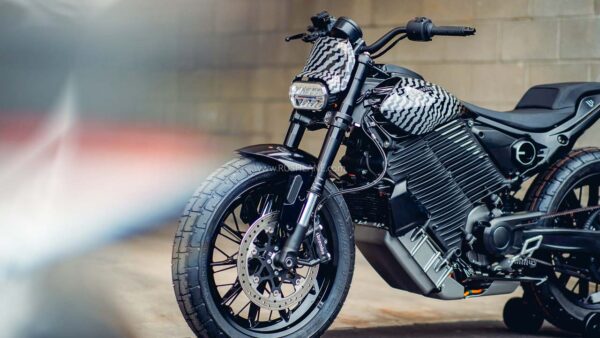 Harley Davidson ventured into the electric mobility space back in 2019 with the launch of its electric motorcycle named LiveWire. Since then LiveWire has gone to become a separate vertical within the American motorcycle giant specifically dedicated to the company’s upcoming lineup of EVs.

The first model under this spinoff brand was LiveWire One which made its debut in July last year. The iconic motorcycle brand has now revealed its next offering in the EV space – called S2 Del Mar Launch Edition. This new electric Harley Davidson is the second EV offering under the LiveWire brand.

Since LiveWire One is a very costly affair at USD 22k (about INR 17 lakh), the brand needs an affordable EV offering to create a space among mass-market buyers. S2 Del Mar will be priced in the USD 15k region upon launch. This will be about Rs 8.9 lakh as per today’s currency conversion rates.

The battery-powered motorcycle is based on a new modular Arrow EV architecture. This new platform will serve as a base for upcoming LiveWire electric bikes like S3 and S4. S2 Del Mar has been built on a monocoque frame that employs the battery pack with aluminum casing as the stressed member. Hence, the steering head, as well as the swingarm pivot, are linked to the battery pack.

The company is still tight-lipped about the exact details of the motor. That said, images reveal the motor sits just behind the pack, near the swingarm pivot. S2 Del Mar is expected to use an air-cooled setup for the battery considering it’s a relatively low-end offering compared to LiveWire One. The motor used in this bike is expected to return a performance equivalent to that of a 700cc IC engine-powered motorcycle. 0-100 kmph acceleration is achieved in about 3.5 seconds.

Harley Davidson will be using “21700” type cells for the battery pack that should offer at least a 100 miles (160 kms) range on a single charge. Since the platform is a modular one, the brand can use batteries and motors of different sizes and specifications on future models. This architecture should also host multiple design styles for upcoming motorcycles.

Speaking of design, S2 Del Mar has carried most of the styling attributes from its concept e-bike which follows a flat track theme. New images reveal the bike’s rear end that features the rear wheel, a stubby tail section and a tire-hugger with an integrated number plate holder. Harley is also expected to equip this electric motorcycle with plenty of gizmos that will be updated OTA.

Bookings for S2 Del Mar Launch Edition had opened earlier today. But had to be closed, as the entire first lot of 100 units got sold out in under 18 minutes. India launch of this new Harley Davidson electric motorcycle is not yet confirmed. Debut of the production bike is in 2023.