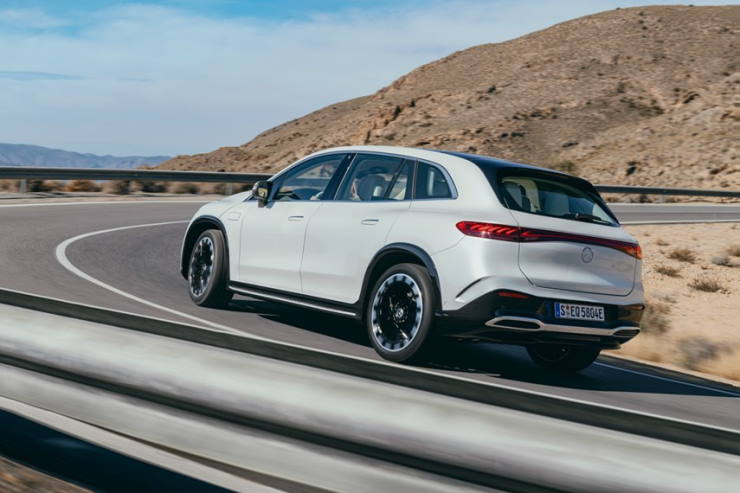 Continuing its momentum in the growing electric mobility sector, the German luxury automotive brand Mercedes-Benz recently took the covers off of its newest all-electric model – the EQS. The launch of the new flagship EV EQS SUV marks the arrival of the third model in the electric vehicle architecture (EVA) platform specially developed for electric vehicles by Mercedes-Benz. The seven-seater electric SUV boasts some of the most powerful electric motors along with a responsive 4MATIC all-wheel-drive system and an intelligent OFFROAD driving mode.

The model when launched will be rivalling the likes of the flagship electric SUVs from BMW and Audi which will be the iX and the E-Tron respectively. The EQS SUV will be manufactured at the company’s plant in Tuscaloosa, Alabama in the USA but the model will eventually make its way to India in the latter part of this year with local manufacturing.

Speaking on the launch of the new EQS SUV, Ola Källenius, Chairman of the Board of Management of Mercedes-Benz Group AG said, “The EQS SUV is the third vehicle on our new all-electric platform. It has everything our customers love about the EQS – and combines this with the strengths and versatility of an SUV that can seat up to seven people. With the EQS SUV, we are continuing to consistently implement the strategy of making our vehicles more sustainable and digital – with the goal of building the most desirable electric cars in the world.”

The first all-electric premium SUV from Mercedes-EQ features a uniquely innovative and holistic design language. The SUV features a ‘Black Panel’ unit in which the all-LED headlamps are connected by a band of light and together with the deep black radiator grille form the front fascia of the SUV. The headlamps also get three small LED triangles that form the daytime running light of the vehicle.

The EQS SUV also features a dynamic silhouette that begins with the round front end and flows dynamically over the steeply raked A-pillar and the roof contour to the rear spoiler. The C-pillar on the SUV has been moved far back to enhance the interior space for the second-row occupants. It also gets two 22-inch rim versions with a high-sheen finish and multi-coat black/high-gloss paint.

Dimensionally, the vehicle measures 5,125mm in length, 1,959mm in width, and 1,718mm in height and is 82mm shorter, 3mm wider and 105mm lower than the Mercedes-Benz GLS SUV. The SUV-typical wheel arch claddings come in black along with the black side sill panels and flush door handles.

On the inside, the EQS SUV passengers will be welcomed with Mercedes’ MBUX Hyperscreen, which has a digital curving display screen that stretches from the driver’s side pillar to the passenger side pillar. This display, which includes a 12.3-inch OLED display for the front passenger, is made up of three distinct display panels that lie under a single, uniform glass surface. The Hyperscreen is powered by an eight-core processor and comes available with 24GB of RAM. At around 1,410mm in width, it includes a 12.3-inch instrument cluster, a 17.7-inch central infotainment and 12.3-inch front passenger screens in one expansive surface. It also comes equipped with a Dolby Atmos sound system®.

The second row of seats can be electrically adjusted fore and aft by up to 130 millimetres as standard and because of this functionality, the luggage compartment can be continuously expanded from 645 litres (for maximum legroom) to up to 880 litres. With the second row of seats folded down, the luggage compartment of the EQS SUV offers a generous volume of up to 2100 litres.

The drivetrain of the new EQS SUV

Powering the 2023 Mercedes EQS SUV is the same 107.8-kWh lithium-ion battery that powers the EQS premium sedan will be powering. On the European test cycle, the battery gives the SUV a range of about 600 kilometres. The car can charge at a rate of up to 200 kW using a DC fast-charging system, providing around 250 kilometres of range in just 15 minutes. Additionally, there is a 9.6-kW onboard charger can fully charge the battery in around 12 hours. Furthermore, a basic “Navigation with Electric Intelligence” system selects the most effective routes for an electric vehicle’s drive system and displays local charging stations along the route. This navigation system will also adjust the route dynamically dependent on traffic and other variables.

The four-wheel-drive EQS 580 4Matic with 550hp is at the top of the lineup. The model gets three stages of energy recuperation (enhanced regeneration) which are D+ (coasting), D (normal regeneration), and D- (extreme regeneration). Additionally, the driver can also select D-Auto, an adaptive mode that changes the regeneration rate based on the driving circumstances.