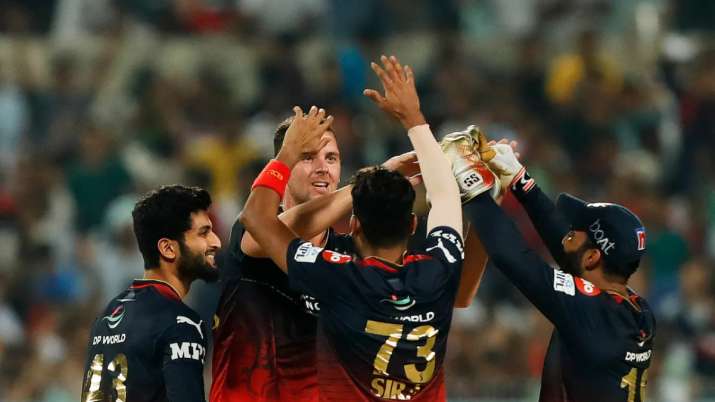 Led by Rajat Patidar’s sensational century, Royal Challengers Bangalore beat LSG by 14 runs to book their place in Qualifier 2 against Rajasthan Royals. LSG won the toss and called to bat first. Patidar came out to bat at the beginning of the innings after Faf was dismissed for a duck.

Together with Viraat, he stabilized the ship. Rajat was batting aggressively from the beginning. He scored 20 runs in the last over of the powerplay to bundle out RCB for 52 after 6 overs.

Kohli was dismissed for 25, Patidar continued the good work and scored a half-century. However, Maxwell left soon after.

But when he dismissed Ravi Bishnoi for 27 in the 16th over, everything broke down. He completed his century in just 49 balls and broke many records along the way. Dinesh Karthik He did what he has been doing all season. He played a quick innings of 37 runs in 23 balls.

RCB eventually finished with a total of 207 on the board. Chasing the total target of RCB was always a difficult task. Siraj did not help his case early in the innings to dismiss QDK.

Rahul and Hooda held the fort for some time before Hasaranga was dismissed by the latter for 45 off 26 balls.

Rahul held on to one end till the last but could not get LSG over the line as Hazlewood sent him packing in the final over of the match.

RCB finally won the match by 14 runs and will now face Rajasthan Royals in Qualifier 2 on Friday.