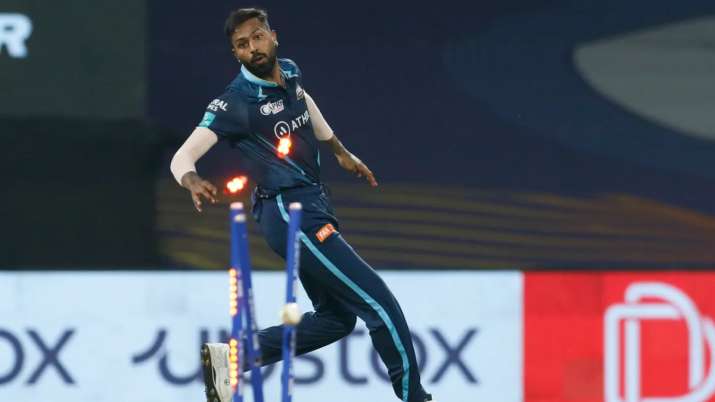 Hardik PandyaThe all-rounder is finally home. Or rather say that Captain Hardik Pandya has finally come home? Whatever you want to call him, that guy has put in the tough yard, and the results are there for all to see.

Criticism, trolls, poor performance, surgery, Pandya has overcome all odds to reach where he is today. He certainly believed in the above quote from Rocky Balboa.

During this, many questions were also raised about Hardik. Some cricket pundits even wrote him off for good. But as they say, the return is always stronger than the setback.

Be it bat, ball or captaincy, Pandya has given whatever he has asked for. With the bat, Pandya has mostly come at number four. He also played at number three for some time. With the ball in hand, Pandya has bowled inside the powerplay, taking wickets here and there, but most importantly, he has bowled economical spells.

He averages 41.30 with the bat and has scored over 400 runs this season, with his highest being 87 vs Rajasthan Royals. As far as the captaincy is concerned, everyone has praised him for maintaining a healthy atmosphere in the dressing room.

Vikram Solanki had recently said this about Pandya’s captaincy.

He has grown into a leader. He has handled the captaincy very well. He is giving a lot of his time and that is really paying off. He is talking to every bowler. Of course, a person like Shami does not need any guidance. But, it is always helpful to have a certain level of understanding of what they are planning to do.

The comeback saga isn’t over yet. However this is just the beginning. Hardik looks excited. He is back in the Indian T20 team, and has from time to time expressed his intentions to win India the ultimate T20 award.

This is his second shot at glory. Let’s see how this innings goes.