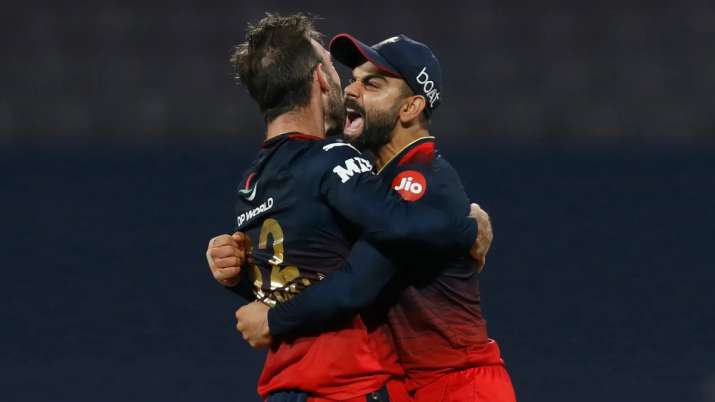 Motivated Royal Challengers Bangalore will take on Rahul-led Lucknow Super Giants in the Eliminator on Wednesday. After a string of low scores, Kohli found a fine streak of 73 runs in 54 balls in his last match against Gujarat Titans.

It was his only second half-century this season, a visual treat to the eyes that summed up all Kohli-esque shots as RCB kept their hopes alive with a decent win.

But their fate was not in their own hands as they eagerly await a Mumbai Indians victory in their game to ensure their entry into the play-offs against Delhi Capitals.

Kohli’s return to form will be a big plus for his top-order which often struggles to get into the power-plays.

Having featured in three IPL finals, RCB is a star-studded organization that has failed to live up to the expectations of its fans time and again.

But this time under the three-time IPL winner in du Plessis, RCB are looking more balanced, especially on the fast bowling front. Even though India pacer Mohammad Siraj (eight wickets in 13 matches) has failed to impress, the trio of Hazlewood, Hasranga and Harshal, taking 57 wickets in the middle, have been their backbone.

With new tracks for the knockouts, the trio would like to enjoy the challenge.

Another big plus point for RCB this season is India’s experienced wicketkeeper-batsman Karthik’s new look with the bat which has ensured India’s comeback ahead of the T20 World Cup.

Assigned the role of a finisher, the 36-year-old, who was bought by RCB for Rs 5.50 crore, has been instrumental in his qualifying in the playoffs.

Karthik has 287 runs in 14 innings, out of which he has been unbeaten nine times, Karthik’s impressive strike of 191.33.

RCB’s experience in batting will certainly be heavy against the young LSG pace attack of Avesh Khan and Mohsin Khan.

Lucknow’s experienced couple is also there Jason Holder and Dushmant Chameera but they have been inconsistent this season, something that may be cause for concern. KL Rahul– Led dress.

A crucial battle for RCB will be up against the opening pair of KL Rahul and Key Lucknow Super Giants quinton de kock – The best opening pair of this IPL so far – are second and third in the list of top run getters.

They have amassed 1039 runs together – including the highest opening partnership in IPL history of 210 against Kolkata Knight Riders – which shows their dominance.

But it will also be a weakness of the team as the Lucknow franchise lacks quality middle and lower order barring Deepak Hooda, who has four half-centuries this season.

But barring the trio, no other batsman impressed to strengthen the middle and lower order.

choice of Marcus Stoinis, Kunal PandyaAayush Badoni and Holder have failed to impress and the time has come for them to play their part in the virtual quarter-finals.