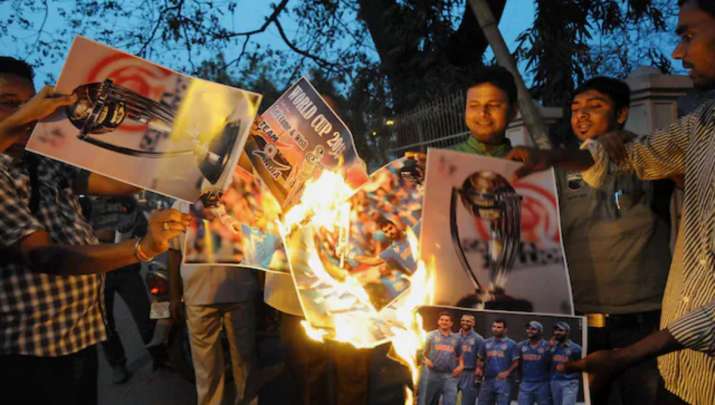 Invincible and immortal, invincible and legendary. These are just a few labels associated with God. Well, not those you worship, but those you curse. If you follow the game of cricket then you must have heard this. ‘Cricket is a religion in India’. sure it is. There is only one catch. Unlike other religions, it is used and misused at will.

When players are at their peak, they are raised to a level never seen before. In the process, they gain legendary status. But the moment they fall, and all they do, they are dragged down, abused, and trolled to an extent – not even their families are spared.

Rape threats to players’ families, burning of effigies inside stadiums, pelting stones at homes, calling players anti-nationals and anti-nationals and the list goes on. this has no end. These days, players talk a lot about turning off outside noise, focusing on their game, and following the process. But, there must be a limit.

Consider for a moment the case of Riyan Parag. He is just 20 years old who is trying to make his place in the huge world of Indian cricket. something bad IPL Demonstrations, some on-field conversations, and the kid gets trolled like there’s no tomorrow. Memes were created, and his career was termed as over.

Legendary players like Virat Kohli are called by names like Chokli, Burden and Finish. Sometimes the matter reaches a level where additional protection has to be provided to the players. Add to this the packaged international calendar, and there you have it – a ready-made recipe for burnout.

Fans, or so they call themselves, need to realize that players, like each one of us, are human beings, who are bound to make mistakes. Just because they are in the public eye doesn’t give everyone the right to say whatever they want and whenever they want. Let’s get together and start empathizing. Players deserve no less.