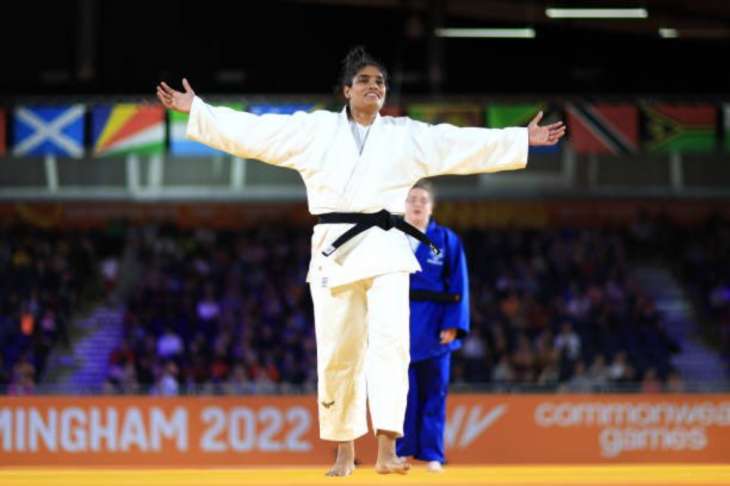 Four-time national champion Tulika Mann beat New Zealand’s Sydney Andrews in no time to enter the women’s 78kg judo final. The 22-year-old initially lagged behind in the match, but performed an ‘ippen’ to humble Andrews within three minutes of the semi-final match.

The only other Indian, Deepak Deswal, lost to Tavita Takaweya of Fiji in the men’s 100kg repechage event. This is India’s third medal in judo in the showpiece event. L Sushila Devi and Vijay Kumar had won silver and bronze in women’s 48kg and men’s 60kg respectively on Monday.

It is to be noted that in the wake of the derecognition of Judo Federation of India on 22nd April, an expert committee was constituted by the Sports Authority of India to oversee the trials and selection process for the Commonwealth Games and also suggest necessary changes. was given. ,

Earlier, the Indian women’s hockey team defeated Canada 3-2 to enter the semi-finals, where they will face Australia. On the other hand, Lovepreet Singh won the bronze medal in the men’s 109 kg weightlifting event.

Lovepreet’s best lift in the snatch was 163kg, followed by the best lift of 192kg in her third clean and jerk attempt. At the end of the snatch event, Lovepreet came second. But the junior who eventually won the gold medal lifted 9kg more in his second attempt of clean and jerk (201kg).

In the end, Australia’s Jackson Geroge tried to lift 211 kg in his third and final attempt to win the bronze, but was unsuccessful. This meant that Lovepreet finished third and won the bronze medal.

Well, the wait is not much as Tulika will again take action against Sarah Adlington of Scotland in the final tonight.