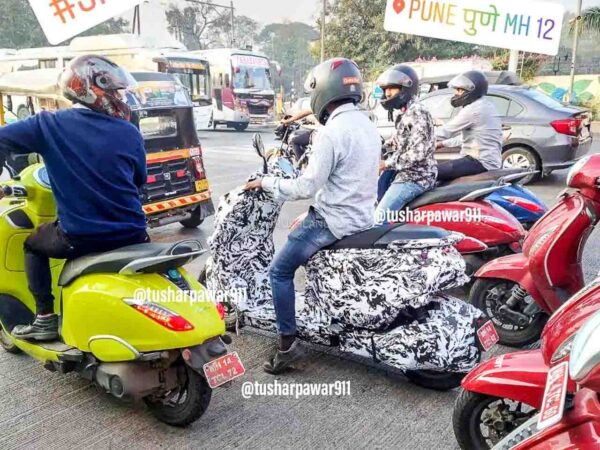 After securing a win in the form of Chetak electric scooter, Bajaj Auto is looking to expand its EV lineup in the next few years. A test mule of Chetak based electric scooter has already been spied on test near the company plant in Pune.

It should be noted that Bajaj created a separate business arm for electric two-wheelers called Chetak Technology that will spearhead their new EV expansion. As of now, the Chakan-based manufacturer has only one two-wheeler offering in the electric mobility space in the form of Chetak.

Bajaj intends to add new products in the low- and mid-speed segments in association with the Yulu brand. For the uninitiated, Yulu is an EV manufacturing company that saw investment from Bajaj a few years ago. While Bajaj has revealed plans, it is yet to reveal any specific details regarding upcoming electric scooters.

However, it is likely that the upcoming e-scooter could be based on the Chetak platform. As of now, Chetak is available only in a few cities and Bajaj wants to expand availability of the electric scooter to at least 100 centers in the next few years. However, there are various challenges related to supply chain issues that are posing a hindrance to this expansion.

Irregularities in supply chain in the past two years have mostly been caused due to two major factors- shortage of semiconductor chips and Covid-19 pandemic. In addition to these, the Russia-Ukraine war has also contributed to global economic fallout. Sharma conceded that given the current scenario, it would take at least 12-18 months before normalcy is restored.

Bajaj is working on addressing supply chain issues since the supply chain is unable to keep up with rising demand. However, the biggest impact has been created by total cost of ownership for EVs which makes it harder for consumers to switch from conventional IC engine models to battery-powered models. This has also led to an impact on the cost of cells that make up the battery pack.

Operating cost of EVs is primarily driven by initial ownership cost of batteries which is very high as of now. To counter this, the Government of India is looking to establish cell manufacturing facilities within the country to bring down production costs of batteries and in turn, result in lowering of prices for EVs.