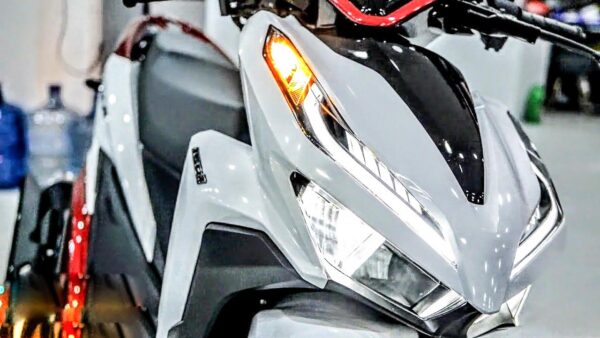 With eyes on the future, Bajaj is proactively working on multiple new products. Evidence to that can be seen in the trademark applications filed by the company in recent times. In March, two applications were filed for Pulsar Elan and Pulsar Eleganz. Now, another name ‘Bajaj Blade’ has emerged, which was also filed in March. While Pulsar Eleganz name has been approved, Pulsar Elan and Bajaj Blade are awaiting approval.

Trademark application for Bajaj Blade has been filed under Class 12. This makes it difficult to make an accurate guess, as this class includes everything from motorcycles to scooters, electric vehicles and three wheelers.

As may be recalled, Bajaj Blade name was used by the company to showcase a 125cc scooter at 2006 Auto Expo. This increases the possibility that Bajaj Blade could be a modern interpretation of the earlier Blade scooter. Bajaj Blade electric scooter is likely to have sportier styling, targeted at younger audiences. It will be different from Chetak, which has the classic, old-school retro look and feel.

Interestingly, the name Blade belongs to Mahindra Two Wheelers. Bajaj had applied for Blade trademark back in 2006 as well, but was refused. They have now once again applied in 2022. While the trademark application has been filed, it is not certain exactly when Bajaj Blade will be seen in flesh and blood. If it’s an electric scooter, launch is unlikely before 2023 or even 2024.

To make it appealing to young users who prefer style and performance, Bajaj could equip the Blade electric scooter with a larger battery pack and higher capacity motor. This would mean an even higher pricing than Chetak, which is already one of the costliest electric two-wheelers in the country. Chetak ex-showroom price in Delhi is currently Rs 1.48 lakh.

Even though Bajaj Blade is more likely to be an electric scooter, the possibility of a new commuter bike cannot be completely ruled out. One of the main reasons being, Bajaj had said that their electric vehicles will be branded under Chetak, and not Bajaj. Considering that the trademark filed is Bajaj Blade, it is likely that this could not be an electric vehicle.

Bajaj currently sells Platina and CT commuter bikes in the domestic market, which are among the most affordable in this segment. These continue to register consistent sales for the company. Platina was ranked in the top ten list of bestselling two wheelers in FY 2022 with sales of 5,75,847 units.

However, Bajaj’s commuter portfolio looks jaded even though the bikes have received updates at regular intervals. A brand new commuter bike can infuse fresh blood to boost sales further. In the past, Bajaj had used funky names like XCD 125, Wind 125 and Byk for its commuter motorcycles. As the ‘Blade’ name also seems eccentric, it could be a new commuter bike from Bajaj.