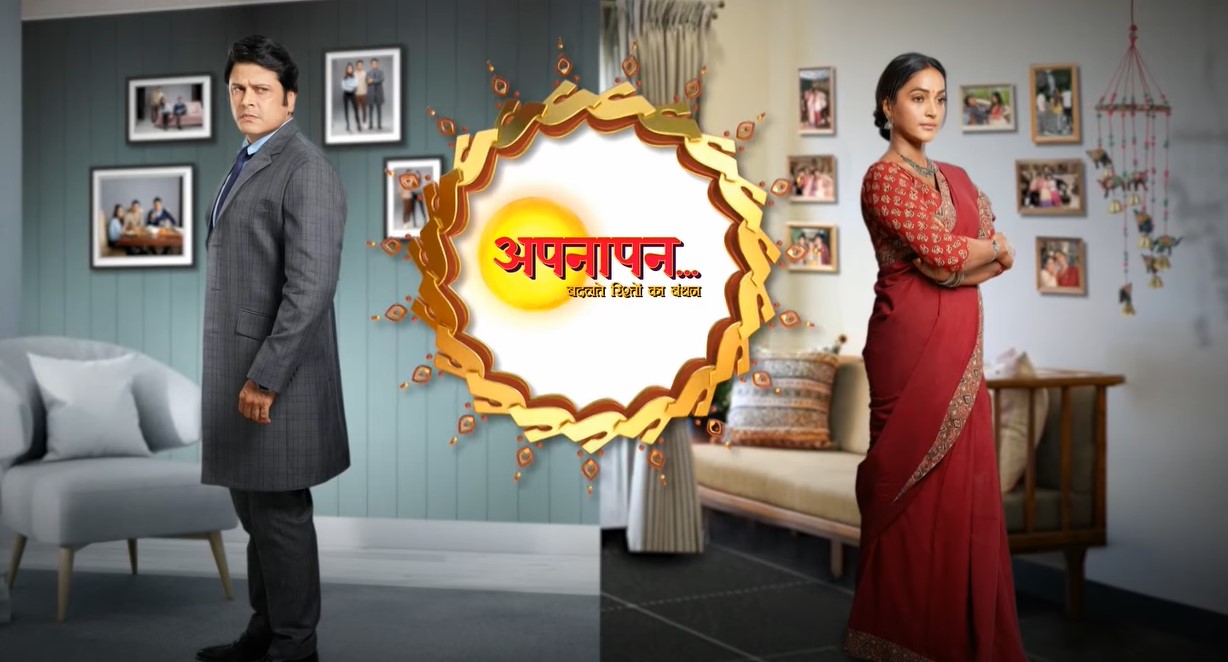 The Episode starts with Nandita saying Nick wants to fight with honesty just for you, you are so shameless to ask, you hired that mean lawyer, read this news, its spread everywhere. Pallavi says oh. Nandita asks oh, that’s it? Do you know what can happen, Nick’s cafes will get shut, thousands of people who work there will get jobless, he isn’t a middleclass café owner, he is an international star, you ruined him. Pallavi thinks how did this happen. She says I don’t know. Nandita says you knew the media will come, so you chose this day, you want to ruin his name, what do you want, we all to come on roads. Pallavi says I didn’t do this. Nandita says shut up, I know you are behind all this. Pallavi says I really don’t know, trust me. She goes. Ranveer stops Rastogi and asks did you come here to tell Nick that you are fighting the case from our side. Pallavi asks did you do this, how can you do this. She shows the article to Ranveer. She says I told you, you won’t blame Nick, case will be fought in a right way, you defamed Nick. Rastogi says this didn’t happen from my side. She asks who did this, I don’t need your help for this case. He says fine, I will go, call the reporter. His assistant calls the reporter Pradeep. Rastogi asks did you get the post content from me. Pradeep says no, I was keeping an eye on him and his staff. Rastogi says I don’t need to do such cheap things to win the case, my mind is enough.

He leaves from there. He calls Pradeep and thanks him. Pradeep says you gave me a good news, keep me updated. Rastogi says I had to break someone’s pride this time. He recalls Nick’s words. He says I will ruin Nick, one should know to take an advantage of broken relations. Harsh gets angry. Nandita talks to him and says Nick can lose his license, this is crazy, I m fed up taking the investors call.

She says don’t worry, have faith in me, I will not let this happen. Harsh says dad’s business is mine, Pallavi has put our brand and reputation at stake, I m going to café in the food mela circus. Nandita says just come here, I can’t handle this. The neigbors come to taunt Nani. Nani gets upset and asks them to mind their own work. She says I will go to temple and come. The lady asks how long can I control someone’s tongue. She sings. Harsh taunts the ladies, and asks them to meet Pallavi and Nick, don’t trouble Nani. He says mom, dad and Ranveer uncle will be at the café today, there is food mela, go there, you will get entertainment and also food for free. The ladies decide to go there. Harsh comes downstairs. Nani says the ladies will create troubles there. Harsh says chill Nani, I will drop you to the temple and then go to the café, don’t worry, I will handle them. He thinks mom see what you invited in your life.

Barkha says this didn’t happen right. She asks Gagan to see. Manna says articles got published against dad, its about you, Badal, that dad hired you as head chef, you are underage. Pallavi cries and says its my mistake, I spoke about Nick, but my answers weren’t such, if lawyer isn’t involved, then its someone from Nick’s team, I have to fix this. Lalita hugs her.

The media covers the food mela. Shanky says Nick, you can do it. Nick says sorry, I m not well, so I won’t speak much, I hope the media supports me even today. Reporter asks Nick about the news. They question Nick about hiring an underaged person, his son in the café, why. Nandita looks on. Reporter says you and your family always stay in headlines. Shanky says no more questions on old matters. Reporter asks who makes a 17 year old son work. They ask Nick to answer.

The locality ladies come there and smile. Shanky thinks why did Pallavi’s neighbors come here. Rastogi messages the reporters to not leave Nick. He says Nick’s reputation will be ruined. Nick says we have come here for food mela, I think your question should be in that context. Reporter jokes on his family drama. Pallavi comes and says I will answer.

She says you can ask Nick about the food mela, I will answer personal questions. Manna asks what are you doing here. Harsh says I m not interested in seeing the drama here. He asks Badal why isn’t he wearing the chef costume. Manna says you know what happened. Gagan says I m fed up of these dramas, I think dad should go back to US, but with all of us, Badal is mumma’s good boy, he can stay back, I m going to stay with dad, with Harsh, I don’t want to live third class life here. He asks Harsh to stay as brother. He says I will work hard for Nick J brand. Harsh hugs him. He says smart decision, good one, stop being middle class. They all go inside to see.

Reporter asks Pallavi to answer, is she okay to make her underaged child work, its wrong. She asks do you have children. He says yes, I have a daughter. She asks don’t you teach her anything she likes. He says yes. She says if Nick taught something to his son, how is it exploitation. Nick thinks Pallavi is supporting me.

Precap:
Nick says a single woman has raised three kids, she takes care of an elderly woman, I can’t tolerate any woman’s insult. He sees Pallavi with Ranveer.