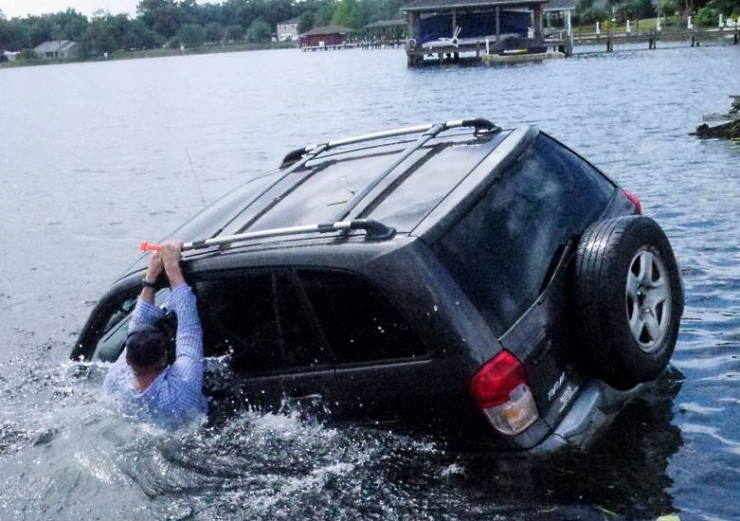 Testing cars for on-road crashes is not a surprising thing for anyone but testing the cars underwater for safety is something that you may have never heard of. Well, if you are of those people then we would like to inform you that the folks at the Australasian New Car Assessment Program (ANCAP) – the NCAP agency of Australia are doing this exact thing. Recently, (ANCAP) stated that starting in January 2023, it will begin testing vehicles underwater. The new standards will be an addition to the rescue techniques now used by ANCAP, which evaluate vehicle accessibility following an accident.

According to the organisation, car makers selling vehicles in Australia must now show evidence that passengers will be able to unlock doors and operate electric windows for up to 10 minutes after the vehicle has been submerged in water. ANCAP stated that this is being done to allow people to safely escape the car in an event of an accident where the car may get submerged into body water. In its statement, the agency added that if the windows or doors do not open, automakers must additionally offer a way for occupants to safely crack through the side window for escape. The owner’s manual should also include this information.

Furthermore, it added that the vehicle submergence testing will now be included in the Adult Occupant Protection Assessment category of ANCAP starting in January of 2023. The decision was taken against the backdrop of catastrophic floods in Australia’s eastern regions. In just four days, parts of New South Wales received 36.7 inches of rain. Since the beginning of 2022, the region has been hit by a series of catastrophic flooding disasters, making it difficult for residents to recover and rebuild.

In addition, the testing authority will also include additional elements in these tests to evaluate kids’ presence detection systems. If a child is left in a locked car, these devices will monitor the back seats and doors and alert the driver or emergency services. The notifications will be sent visually and audibly, either by honking or by sending an alarm to an app on the driver’s phone.

AEB (automatic emergency braking) technologies will also be emphasised in the tests from ANCAP. Also, new studies will be conducted to establish how these systems work in the presence of motorbikes, which are more difficult to detect than automobiles or other bigger vehicles. From 2023, all new vehicles sold in Australia must include AEB, with the requirement extended to all older models sold by 2025.

In other NCAP news, recently, the Minister of Road Transport and Highways (MoRTH) Nitin Gadkari made an announcement that he has approved a draft GSR (General Statutory Rules) notification for Bharat NCAP or New Car Assessment Programme. The MoRTH minister shared this news via Twitter.

Gadkari in a series of Twitter thread said, “I have now approved the Draft GSR Notification to introduce Bharat NCAP (New Car Assessment Program), wherein automobiles in India shall be accorded Star Ratings based upon their performance in Crash Tests. @PMOIndia” He further added, “Bharat-NCAP will serve as a consumer-centric platform allowing customers to opt for safer cars based upon their star-ratings, while promoting a healthy competition among OEMs in India to manufacture safer vehicles.”